Happy National Donut Day! Facebook memories kindly reminded me that it has been 4 years already since I released my ig famous 5 minute donut recipe ebook! So a little plug before we dive into today’s fun post – you can download my ebook for free here! 20+ microwave donut recipes because ain’t nobody got time for an oven 😉

Ok onto today’s post. Y’all probably know by now how obsessed I am with rainbows. and unicorns. And obviously donuts. I’ve already done rainbow donuts (click on the pic for that blog post):

So it was only a matter of time before I made rainbow-esque unicorn donuts:

And no unicorn donut is complete without a rainbow unicorn cake to go with. Or at least my attempt at one:

So this project was quite the undertaking. The end products are a little rough around the edges. I’m not exactly a professional. But some of you may remember that earlier this year I made it a resolution/goal of mine to really work on my culinary/baking/food styling techniques. I really want to push myself to expand my skill set. I am honestly pretty horrible when it comes to, well, stuff like this. Most of you know by now that I work in a bread bakery. And there’s a reason for that. I can practically make bread with my eyes closed at this point. Cake and pastries, however, are a whole different story. If you guys have followed me on instagram/facebook you might remember some of my disasters. Like this “masterpiece”:

I thought it would be super “fun” to try and recreate the blue space cake. Well, as you can see, that didn’t go so well. I had many technical difficulties with my cake, the decorating, the colors. Just all of it. Total disaster. But it made for a pretty hilarious fail. But that’s how you learn? Right!? From your mistakes? Granted, I decided not to try making that space cake again because, well, the novelty had worn off lol So I decided new project goal: unicorn donuts!

For these donuts, you all probably know I shy away from food dyes and rely solely on superfood powders for color. Beet powder for red, turmeric and beet powder for orange, turmeric for yellow, spirulina for green, and maqui powder for blue/purple. And although my original donut recipe is vegan, I opted to use kodiak cakes buttermilk pancake mix for the base. Recipe for the donut base will be posted at the end of this post!

The donut itself was pretty simple to make but I had to fashion the ears and horn by hand which was quite the process. I remember Edward walking in on me surrounded by unicorn horns which, on their own, sort of look like, well not unicorn horns (use your imagination). Edward just took one look at me surrounded by the unicorn body parts and just smirked at me and left the room lol

Anywho, overall I’m pretty happy with the end result. To be honest, I probably won’t ever make these again because it was basically an all day event what with coming up with the recipe, the decorating, the photoshoot, editing the pics, etc. However, I have a bunch of new projects I’ve been working on that I’m excited to share with you guys. I’ve been working on my pastry skills so stay tuned for some fun pastry blog posts coming in the near future! In the meantime, enjoy my photoshoot with my unicorn donuts: 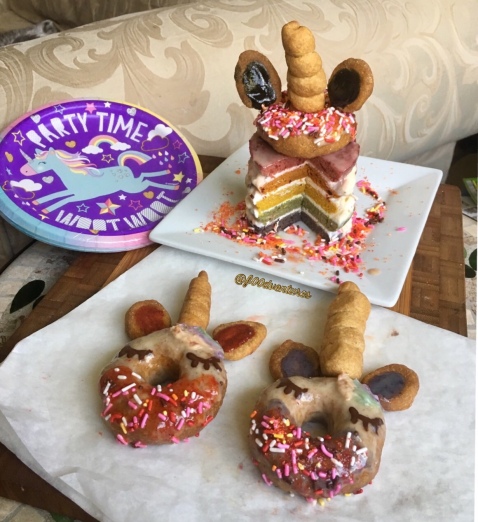 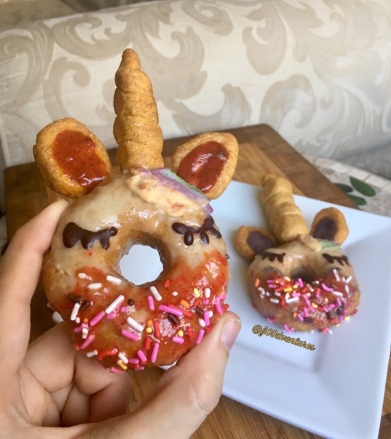 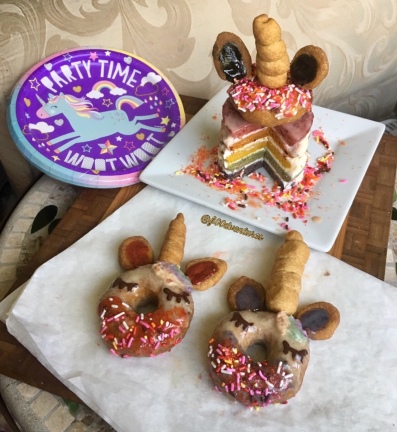 In a food processor, combine ingredients to make donut dough. Process until mixture forms a dough. If dough is sticky or tacky add a little more flour a spoonful at a time until dough is easy to handle. Spray a microwave safe plate and set aside. Pinch off pieces of dough. Roll into flat circles then use a straw to punch out the center for the donut hole. Arrange on a microwave safe plate. Make sure to spread the donuts out otherwise they won’t fully cook. Microwave for about 2-3 minutes. Do NOT overcook otherwise they will be dry and chewy. For the toppings I combined equal amounts cream cheese with Greek yogurt, sugar, and almond extract. Added superfood powders and piped on the decorations as best I could. 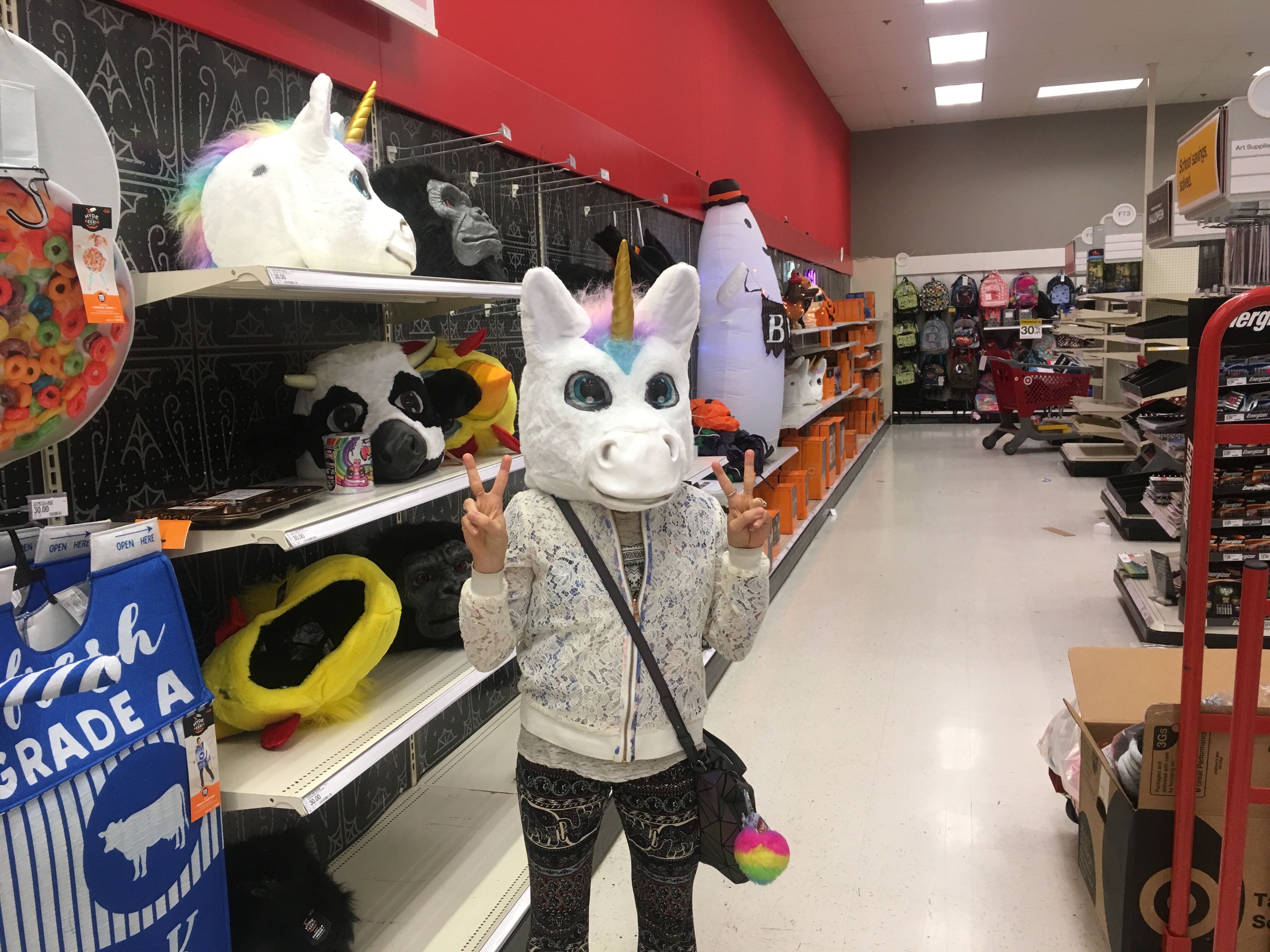