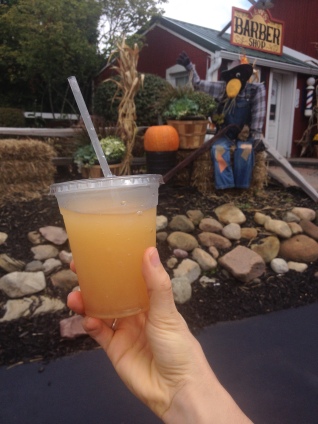 Guys! It’s almost Fall! I’ve kinda been celebrating all things Fall already but since it officially starts this Saturday, I am getting PUMPED up! Well, in my head I am anyway. Physically, I’m just getting exhausted lol Anyone else just get really worn out when the seasons change? This morning while attempting to google “fatigue and seasonal allergies” I literally just typed “tired.com” into the search bar. So that’s how my day has been going so far lol And just a heads up, today’s blog post is sort of going to be a smorgasbord of randomness. I have a few things I want to cover like FALL and addressing your health and nutrition questions as well as a recipe, of course! So just stick with me lol

Ok first up, Fall! Last week I dragged Edward to Target so we could check out all of the fall decor. And naturally we had to try on a few of the Halloween costumes. I’m quite taken with the unicorn, obviously, but I feel like Edward really pulls off the gorilla head quite nicely. What do you guys think? 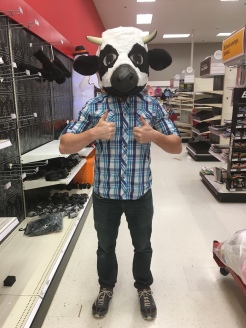 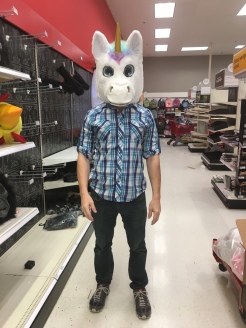 And obviously I had to try on the unicorn head. I feel like this picture describes me to a “T”:

I’ve also been playing around with some fall inspired baking projects like these spiced apple, brie, and apple butter cinnamon rolls:

And these pumpkin spice chocolate chip “skull” cookies. I have been OBSESSED with these cookies for years! It is a single serve recipe which is perfect so you don’t go overboard and eat an entire batch of cookies in one sitting. You can find that recipe here.

Ok, moving on. Next up: your questions answered! I recently started a #WellnessWednesday feature on my facebook and instagram and one of my followers requested that I address milk vs plant based alternatives. So I figured I would just throw that into today’s blog post. And honestly I’m kind of glad someone requested this because I’ve been meaning to do this for awhile. So let’s tackle the nutritional comparison first, shall we?

*Nutritional analysis may vary based on brands. This is just a general comparison so you can see the difference between the types of milk that are available

One thing I especially want to note is the last column – bioavailability of calcium. Milk is generally used as the standard because it has the highest availability out of all the milk options. This means that even though plant based milks are fortified with calcium this does not mean that your body can absorb that calcium. 30-35% of the calcium from milk is absorbed while only 25% is absorbed from soy milk. Now that’s not to say you can’t get calcium from other sources like low oxalate greens (kale, bok choy, broccoli, napa cabbage) and other calcium rich foods like chia seeds, figs, almonds, firm tofu, etc.

And lastly lets compare flavor profile and uses for each:

Bottom line: There are obviously lots of other options out there if milk isn’t your thing. Soy milk is one of the best options due to its higher protein content, bioavailability of calcium, and its ability to be used in a wide range of applications (i.e. can drink as is or use it in a variety of cooking/baking applications. If you choose to go the plant based route here a few other tips:

And finally onto today’s recipe. I’ve got an oldie but a goodie for you: Cinnamon Roll Scones. I originally debuted this recipe on Instagram either late 2015 or early 2016 and since then it has been pinned over 8,000 times on Pinterest. This recipe basically combines my two fave things combined: scones and cinnamon rolls. I even applied the same principle behind cinnamon rolls in making these so you get that signature cinnamon roll swirl in each scone (which you can kinda see in the pic below). 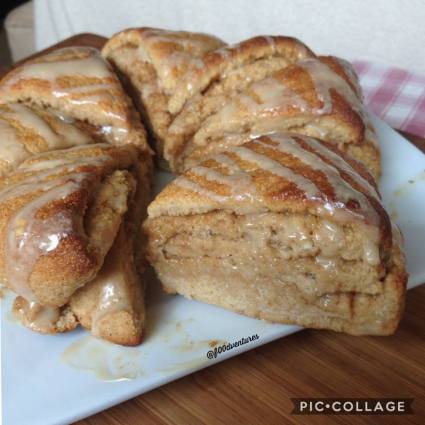 I used one of my fave pancake mixes for the base (Kodiak Cakes) to give these a little extra protein kick and they have gotten rave reviews from everyone that has tried them! With this recipe you get 8 mini scones so they are more of an accompaniment to, say, your coffee or tea. I guess you could say they are like coffee scones (similar to coffee cake) in the sense that they don’t taste like coffee but pair really well with it.

Directions
To make the scones, combine first 5 ingredients in a food processor. Make sure butter is cold and not melted. Cut it into pieces and add it to the food processor until mixture become crumbly. Add honey, yogurt, and cinnamon and process until a dough forms. Roll dough out into a long rectangle. Brush only one half of the dough with butter then sprinkle coconut sugar and cinnamon on top of the butter. Rub mixture together. Whichever half doesn’t have the mixture on it, fold on top of the melted butter and cinnamon mixture half. Gently Roll out dough a little to increase your surface area and once again, brush melted butter onto one half of the dough then sprinkle with cinnamon and sugar. Again, fold the butter-less half of the dough on top of the butter and cinnamon mixture half. Mold dough into a circle as best you can, pinching the edges together a little to keep the filling inside. brush the top with almond milk, and cut into 8 pieces. Bake at 425 degrees f for about 15-16 minutes. Let cool, drizzle with desired toppings, and enjoy.